The Essence of Zen

The Course ‘Seeing Zen Being Zen’ has an important reason, namely that the Osho Zen Tarot is based on the Zen vision which arose from the life stream of Zen.
The Zen vision however is not unambiguous. Many people think Zen as an arduous way, with a lot of hard trainings. The Enlightened Master Osho has handed over to the west a total different approach of Zen. Numerous lectures he dedicated to Zen to make the Zen masters accessible for us. By offering these insights, Zen has been freed from its rigid principles which westerners gave so much accent. Zen never became a formal lifestream, there never arose a so-called -ism.
In the life vision of Zen hints are given to reach your original life juice again. Once in a while it looks quite simple what is handed over and that’s why you easily overlook the specific worth of it. It cannot be that simple?!
But it truly is, although we haven’t realized it at all. ‘Being natural’ and ‘Being total’ are not such complicated concepts if you have a mental approach, but existentially they are. The reason for this is, that we have wandered away from natural life since a long time. The following theme’s and more are part of the course ‘Seeing Zen Being Zen’: 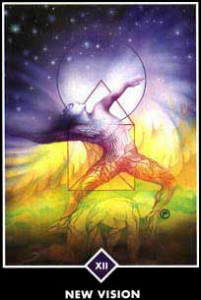 With the Zen-course comes a syllabus with gorgeous, significant illustrations. They mostly clarify more than any text can do.
For each theme Osho Zen Tarot cards are selected en layouts are executed.
The book ‘Coaching with the Osho Zen Tarot’ contains beautiful material for this. This way it becomes clear how Zen according to Osho’s approach works out in the cards.

So you will come to a better understanding of the Osho Zen Tarot cards which will also be fruitful for your interpretation of the layouts.

The course consists of 2 workshops.

For more information please connect with me bij mail.

After successful completion of this Workshop for Professionals one receives a certificate.

This website uses cookies to improve your experience while you navigate through the website. Out of these, the cookies that are categorized as necessary are stored on your browser as they are essential for the working of basic functionalities of the website. We also use third-party cookies that help us analyze and understand how you use this website. These cookies will be stored in your browser only with your consent. You also have the option to opt-out of these cookies. But opting out of some of these cookies may affect your browsing experience.
Necessary Altijd ingeschakeld
Necessary cookies are absolutely essential for the website to function properly. This category only includes cookies that ensures basic functionalities and security features of the website. These cookies do not store any personal information.
Non-necessary
Any cookies that may not be particularly necessary for the website to function and is used specifically to collect user personal data via analytics, ads, other embedded contents are termed as non-necessary cookies. It is mandatory to procure user consent prior to running these cookies on your website.
OPSLAAN & ACCEPTEREN